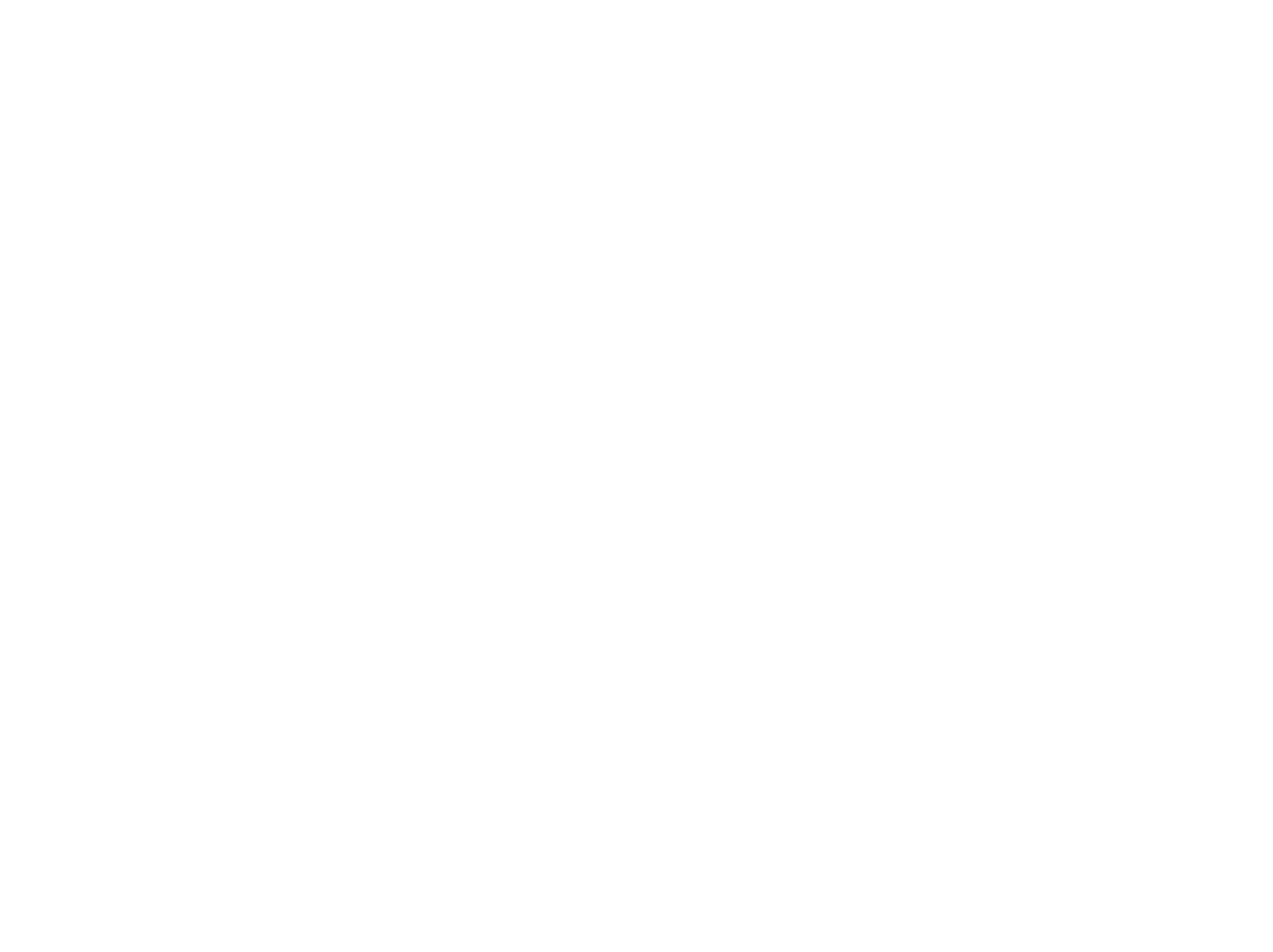 Necessity is the mother of invention.

After judging an amateur figure skating competition at Kent State University, Jim Disbrow and Scott Lowery NEEDED wings. Sadly, (or maybe thankfully for us today), they couldn’t find a single restaurant with Buffalo-style chicken wings on the menu. Determined to change that, they opened their own wings place, Buffalo Wild Wings & Weck, (or BW3), in 1982. Of course, we just know the popular restaurant chain as Buffalo Wild Wings, or B-Dubs. The “& Weck,” was dropped when the “beef on weck” they once served was clearly no match for their popular wings.

Brilliantly, Disbrow and Lowery opened their first restaurant near Ohio State University. College kids + great wings + sports on 100 televisions = $. Yeah, they had a hit on their hands. With more than 1,200 locations all over the world, (including Saudi Arabia, India, Mexico, Vietnam and the United Arab Emirates), BDubs is still a hit.

Some things have changed. Disbrow passed away in 2002, and the restaurant chain/franchise is now owned by Inspire Brands, formerly Arby’s Restaurant Group.

But some things have not changed. For instance, these chicken wings are still NEEDED

There’s a lot to love about Buffalo Wild Wings. They have more than 20 different sauces and seasoning offerings for their non-breaded wings. When it comes to dry rubs, Joe is a huge fan of their “desert heat” seasoning, while I really love their “salt and vinegar” dry rub.

Of course, the carb count varies a lot when it comes to their sauces. We really like their “spicy garlic sauce,” but you’ll want to check the ingredients for yourself when it comes to flavoring the chicken wings and making sure they fit into your macros, based on how many you’re going to eat. I usually order 20 wings, finish 17 like a champ. (Then, I take another 45 minutes to finish those last 3 wings. Hey, I’m no quitter.) Joe, on the other hand, usually eats 10 or so in a sitting and saves the rest for a second meal, on another day.

Even more than what they’re tossed in, though, we love what these chicken wings are fried in: beef shortening, or tallow. This is such a rare and beautiful thing, because most places serving up Buffalo-style wings are frying them in vegetable or canola oil. Our dietary intake of omega fats should be about 3-to-1, Omega-6 to Omega-3. But, vegetable and canola oils are heavy on the inflammatory Omega-6 side. The more of these oils we eat, the harder it will be to rebalance our dietary Omega Ratio, even with omega-3 supplements, let alone dietary omega-3s.

It may not sound like a big deal, but what happens is these inflammatory oils disrupt our body’s ability to regulate the inflammatory process. When it does, inflammation can cascade out of control. Someone like Joe and I, with a history of things like arthritis and joint pain, can feel the effects of inflammatory oils within a few hours of consuming them. And, the pain and discomfort can last for days.

There have been times when we’ve given in to our eyes and wallets, urging us to settle for cheaper wings, (fried in canola oil), that are ready “right now.” Usually, we make that decision when we’re tired, after a long day of work, or with a daunting schedule ahead of us. But, we’ve ALWAYS regretted getting those “other wings.” We experience aches, pains, bloating, and just an overall feeling of “blah.” It’s so not worth it.

Buffalo Wild Wings does have a reward program to take the edge off future purchases from their full-priced menu. But, their best deal happens every Tuesday, when you get buy-one-get-one-free traditional wings. (They have another deal on Thursdays for their boneless wings. But, don’t get those. They’re basically just sauced and breaded chicken nuggets.) Most locations require you to dine-in. But, if you let your server know your hoping to finish the majority of these in your pajamas, (like Rachel), they’re usually pretty accommodating.

Buffalo Wild Wings is really great for fast, reasonably-priced casual dining everyone can enjoy, regardless of their way of eating. And, when you’re keto, finding a place like that is a necessity.

As far as the menu goes, your best bet if you’re following a ketogenic way of eat is going to be the wings but you have to be careful because not all of the sauces are a good option. Of the 24 dry rubs and sauces Buffalo Wild Wings offers, only a handful of them are safe to consume on keto.

The five dry rubs are the friendliest when it comes to macros coming in at about 5 calories and one to three carbs for entire order of wings. There’s one thing to be aware of though, they aren’t super clean since all five rubs contain maltodextrin. Then you have the sauces.

Buffalo Wild Wings offers 19 sauces but of those, four of them have great nutrition macros for keto, two of them are borderline and two more are questionable. The rest of them contain way too many carbs and sugars if you’re following keto.

Once again though, we have to state that although some of the sauces have keto friendly macros, they all contain soybean oil and sugar/corn syrup. With that being said, the best four to eat on keto are the mild, medium, hot and our personal favorite, spicy garlic. All of these sauces contain between 50 – 120 calories and 1 to 5 carbs (depending on the size wings you order)

If you really enjoy sauce on your wings but want to have to have the cleanest possible option at Bdubs, then definitely go with the medium sauce. The medium flavor has the fewest calories, ranging between 30 to 80 depending on how many wings you purchase, and only 1-3 carbs for an entire order of wings. It also has the lowest amount of fat.
Since the medium has the lowest calories, fat and carbs, it’s safe to assume it has the least amount of soybean oil and sugar.

There are two sauces that are borderline safe of keto. If you aren’t eating any other carbs for the say, day may want to consider the Wild and Nashville Hot. Both of these sauces range between 40 to 120 calories and 3 to 7 carbs (again, depending on how many wings you get). We choose to not get them because of the carb content and because Rachel doesn’t like her wings to burn her face off.

Finally, there are two other sauces which may seem keto friendly but we find to be questionable and personally avoid. Those are the Parmesan Garlic and Thai Curry. Both of these sauces add between 130 and 360 calories to your wing order. In addition, they have three times the fat of the other sauces coming in between 13 and 36 grams per wing order. That means that you are consuming a lot of soybean oil. Both sauces also contain a lot of sugar and corn syrup. So even though the carb content for these sauces isn’t horrible, you may want to steer clear for inflammatory reasons.

When it comes to the rest of the menu at Buffalo Wild Wings, there isn’t much that is keto friendly. You can order the hamburger patty which is only 290 calories or the grilled chicken breast which is just 90 calories and 1 carb, but make sure you order them protein style.

Something you definitely want to avoid if you’re on keto is the salads, unless you decide to order them with no dressing, no croutons and no bread.

Two other things on the menu that you should avoid even though they may seem keto friendly is the Cole slaw, which contains 170 calories and 10 carbohydrates and the Cheese Curds with Ranch Appetizer. The cheese curds contain a whopping 1490 calories and 43 total carbs.

The bottom line is when you make the decision to go out to eat, chances are you aren’t going to get the cleanest ingredients. Many restaurants use fake butter, cook in processed oils and add sugar or msg. Hopefully this post will help you to make the best decision for you keto journey when it comes to going out to eat. We have put together a little chart containing all the macros for the wings at Bdubs that we consider to be keto friendly. Feel free to download and print it. If you found this post useful, please consider sharing it to your social media.

This website uses cookies to improve your experience while you navigate through the website. Out of these cookies, the cookies that are categorized as necessary are stored on your browser as they are essential for the working of basic functionalities of the website. We also use third-party cookies that help us analyze and understand how you use this website. These cookies will be stored in your browser only with your consent. You also have the option to opt-out of these cookies. But opting out of some of these cookies may have an effect on your browsing experience.
Necessary Always Enabled
Necessary cookies are absolutely essential for the website to function properly. This category only includes cookies that ensures basic functionalities and security features of the website. These cookies do not store any personal information.
Non-necessary
Any cookies that may not be particularly necessary for the website to function and is used specifically to collect user personal data via analytics, ads, other embedded contents are termed as non-necessary cookies. It is mandatory to procure user consent prior to running these cookies on your website.
SAVE & ACCEPT
Getting together with non-keto friendsInformational, inspirational 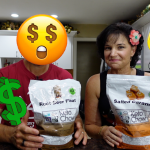 Is Keto Chow too expensive?Informational